For Associate Professor Marian Vidal-Fernandez, innovation makes its way through her teaching – both in her physical and virtual classrooms. Her style reflects an inclusive approach that allows her to make best use of the resources she has at her fingertips…

I interviewed her about how she taught the unit ECON1001 An Introduction to Microeconomics, which has a cohort of around 800 students with over 50% international students, during the Semester One Covid-19 lockdown.

She reported that, “I initially had trouble getting the students to interact with synchronous classes, so I decided to use a live discussion board for interactions. Each of the discussion board threads were titled using the relevant topics, and analytics were used to see if students were engaging with the presentation and materials. I told students to post questions they think other students can benefit from the answers to in the discussion board, and approved the comments that students posted and directed others to them because at the start students would sometimes ask questions such as, ‘I can’t see my essay pdf’ – those are the posts I don’t approve, but reply privately to instead.

Now, students easily know what to post and when to email.

By adjusting the layout of the student interface, I accustomed the students to routinely check the main Canvas page for important upcoming information, which I rotated regularly contingent upon due dates and other important updates. 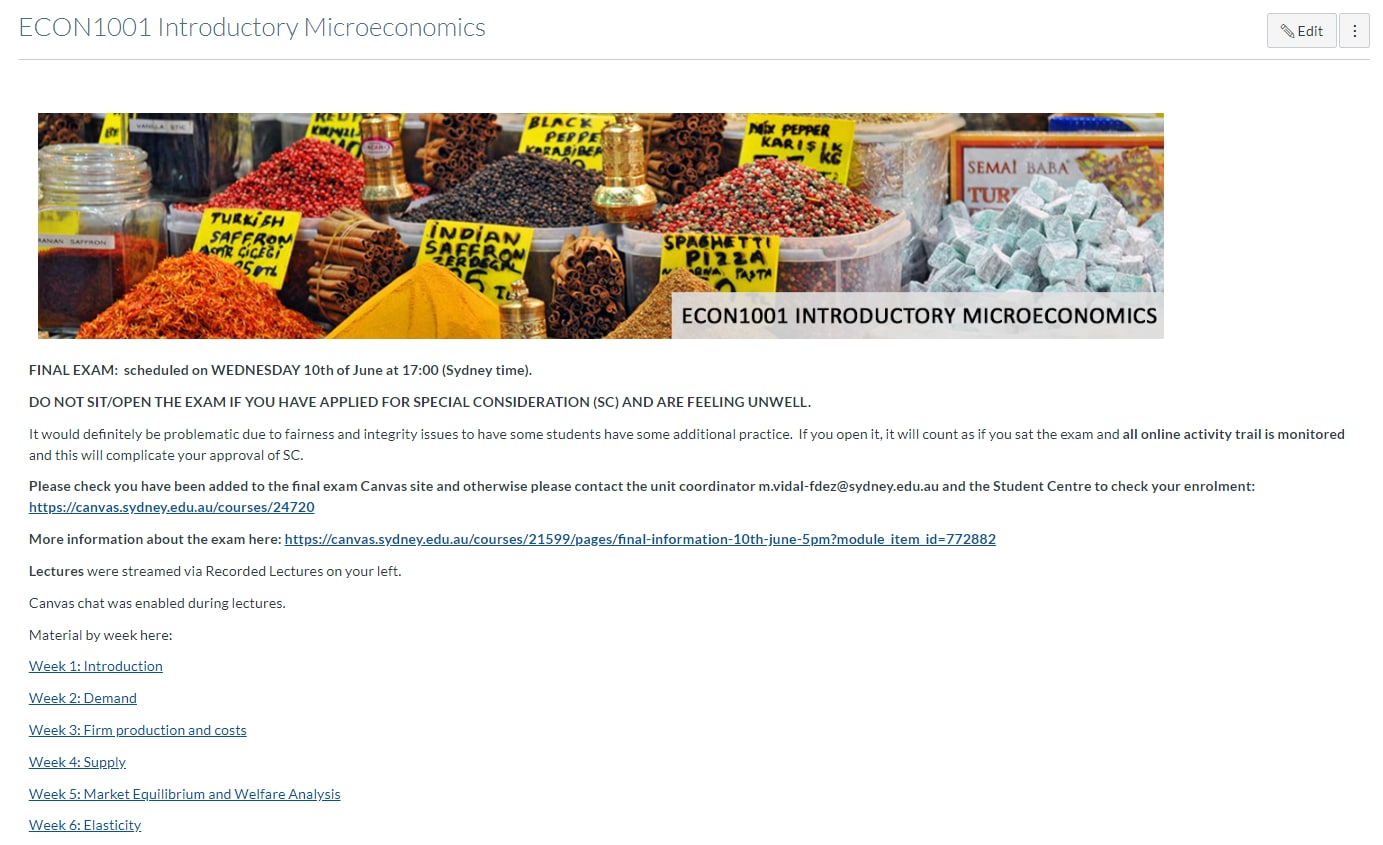 This year, I also tried something that I have never tried before. I’ve been using memes to better interact with students, especially with the transition online, and they’ve responded well! While this is something I might not use in more senior units, first year students are likely to be in need of more pastoral care. Here is an example: 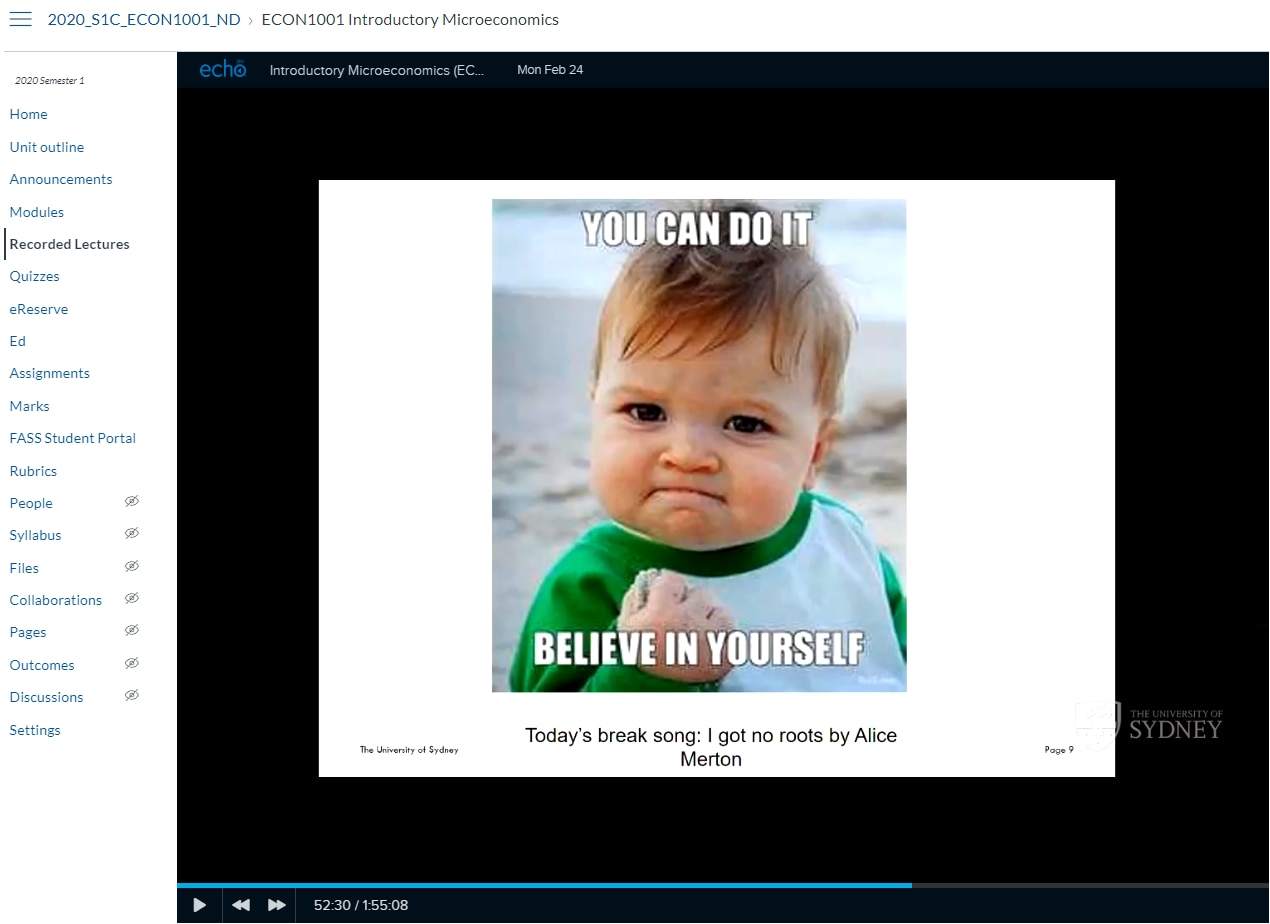 (Examples of memes and other visual learning stimuli above, highlighting the concept of public goods, and how they are beneficial to society without excluding any group from enjoying what they have to offer.)

By using the polling functionality in Echo, I am able to get students to interact with the concepts explained in lectures and gather a feeling of whether the threshold concepts are being understood. I still went to University to record my lectures, because I was streaming a large lecture and wanted the ability of having students see two screens at the same time that would combine scribbles with slides or videos. I used my own laptop for Canvas Chat, Echo polling, document camera, and high-quality recordings. I use the ability of changing views on campus to reduce screen fatigue.

I like Canvas chat because I can see who is interacting live and if everything is going okay. I sometimes get comments like, ‘Marian, move your page up a little bit’ or ‘we can’t hear you!’. Echo 360, EdStem (discussion tool used by the School of Economics), and Canvas analytics are excellent for measuring interactions, but I’ve made extra efforts to ensure that my students are encouraged to attend and interact online. I tap into Echo’s analytics to find out how many students are online at any given time and engaging with the material, see polling responses, video views, and live experiments. The polling is going well and it is successful. In doing so, I ensure that those who cannot attend live lectures are not at a disadvantage because they can answer the polling at any time.

I had to focus heavily on rethinking assessments during Covid-19 as I had only one or two weeks to transition midterm online.

I’ve been thinking more than ever this year about assessment design; equity and integrity are issues I take seriously.

Given the short timeline, I opted for a multiple choice only exam with a large bank of numerical and reading questions because they had already practiced this set-up with online Quizzes. For each of the 30 questions, they had 10 possible versions that would assess their different skills, as some were more numerically-oriented than others. Therefore, it was very unlikely that two students had exactly the same exam. It went really well – the average grade was the same for international and domestic students, and not significantly different from the previous year. In the exam, I gave students optional free point questions to allow them to provide feedback if something wasn’t working well for them, and a chance to tell me what sort of questions and classes they would prefer in the final exam and moving forward.

Students reported that they preferred a more even combination of slides and scribbles during lectures. Another free point question I used was, how they wanted the final format to be – did they want it multiple choice only as in the midterm, or did they want to submit written answers mimicking a paper-based exam? The answers were split between these options, so the final jad two sections, a multiple choice and a problem set.

At the same time, when I analysed the answers from the feedback box, there was only positive feedback – students realised that I would read them, of course! But the objective of this was so they could tell me if something was wrong with a question so that I could then readjust if necessary, later, alleviating some anxiety. It worked well, because I received only one email in two hours. 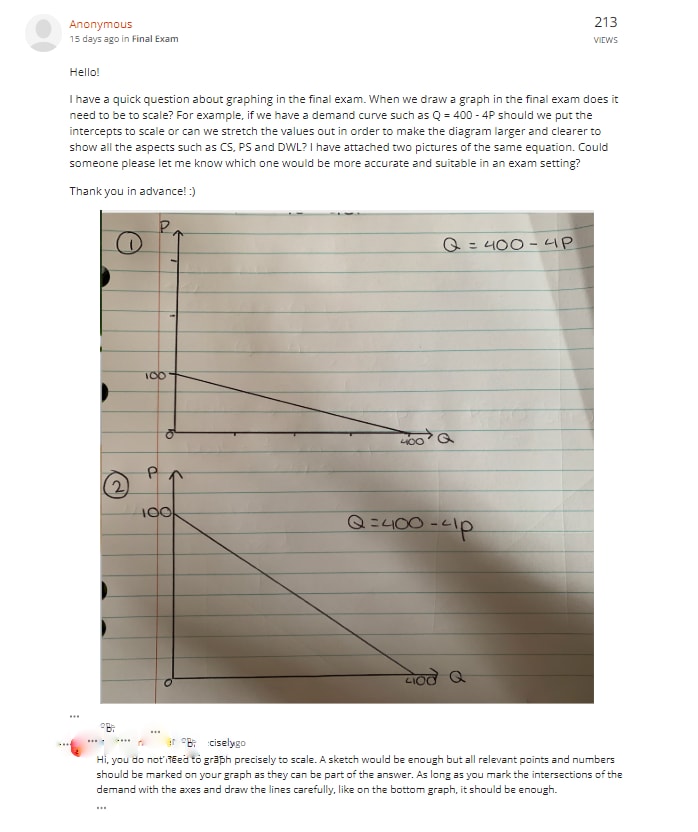 During Zoom office hours I did not set up a virtual background and it was like inviting them over for a chat. Students like to see that I’m at home, just like they are. 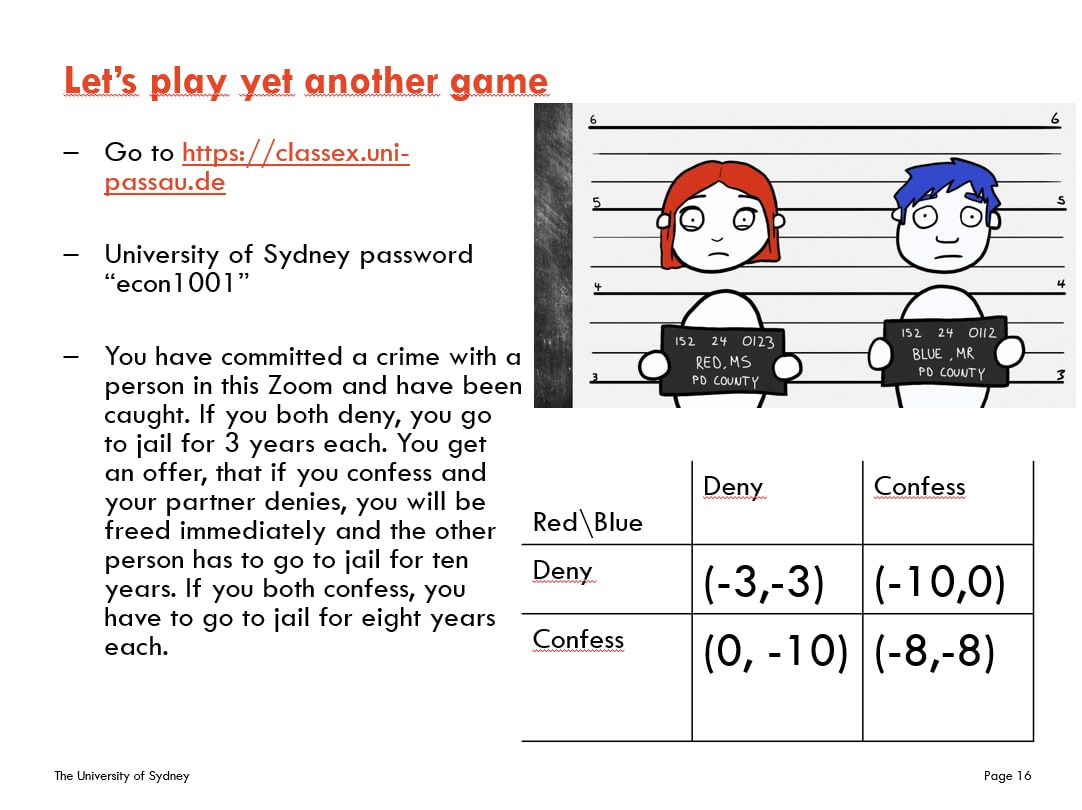 I also give them an Appendix at the end of each lecture, so they can look up further resources in their own time.” 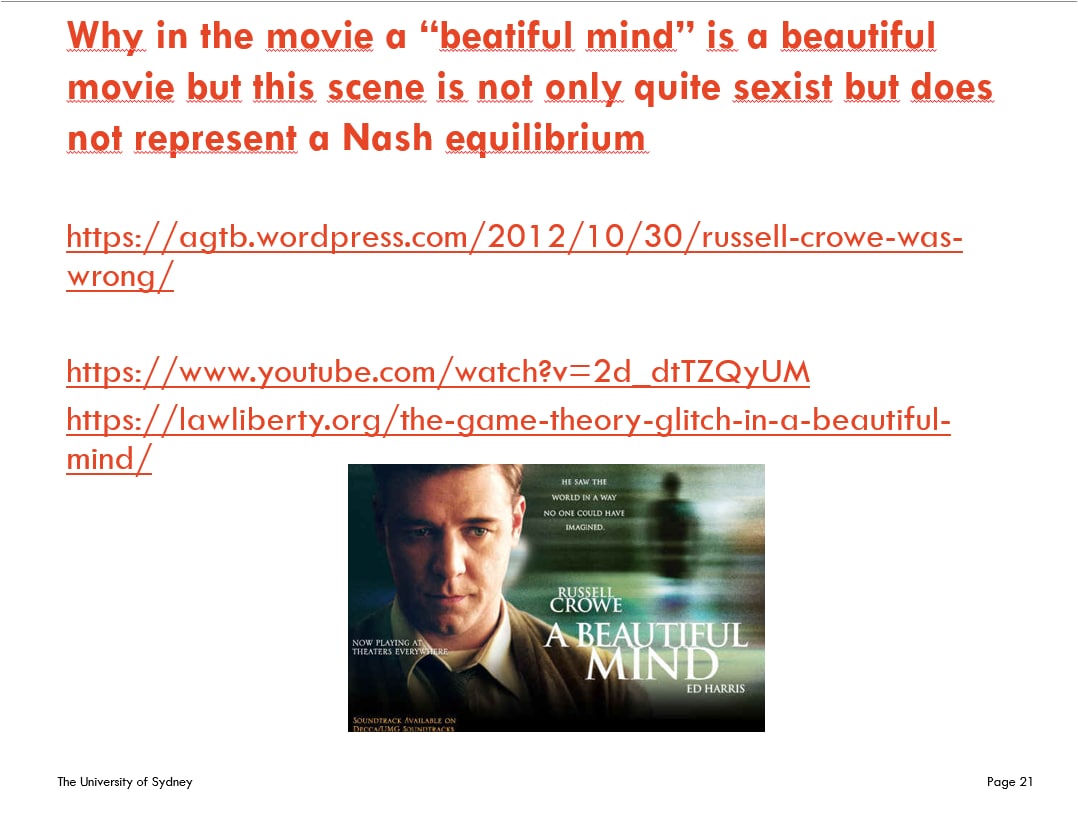